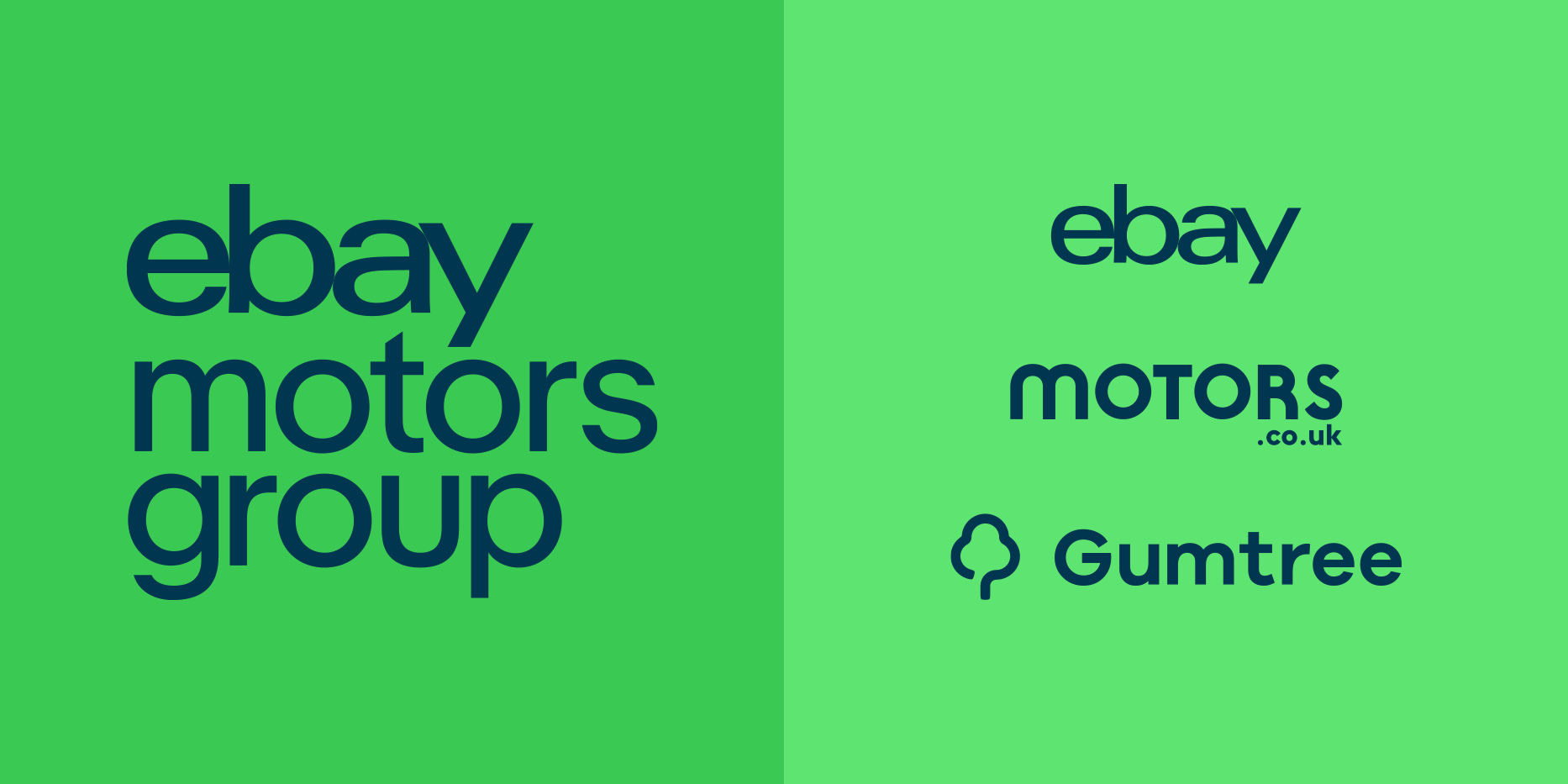 10 May 2021 With forecourts reopened to buyers across the UK for most of April, dealers sold used cars faster than at any point so far this year.

According to eBay Motors Group's Market View, average days to sell on Motors.co.uk dropped month-on-month from 45.6 to 42.4 days, a week faster than the high of 49.5 days averaged in January and February.

Most of the top 10 fastest selling used cars for the month were either SUVs or 4X4s, led by the Mitsubishi Eclipse Cross which averaged just 21.7 days to sell, followed by the Vauxhall Antara (27.1 days) and the Ford Edge and Kia Sorento (27.8 days). 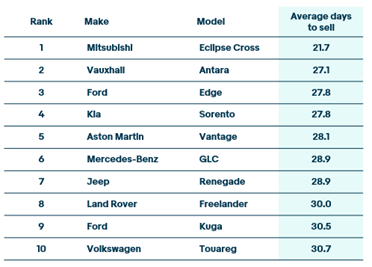 Dealers in Scotland, which reopened a week ahead of the rest of the UK, sold cars the fastest, averaging just 33 days.

Used prices also improved with increases across franchised, independent and car supermarket sites, up 4.3% month-on-month to £12,753; a new high for the year. 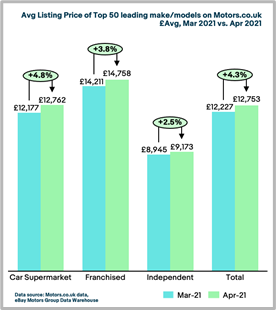 However, with the widely reported shortages of stock in the wholesale sector, dealer inventories were down 7% month-on-month to 46.7 vehicles, the lowest average recorded this year.

Independent dealer stocks dropped month-on-month from 47.7 to 43.3 units, while car supermarkets were down from 349 to 341 units. However, franchised dealers increased their average used stock levels from 51.3 to 55.1 units.

April saw continued high levels of consumer activity across the eBay Motors Group platforms with dealer leads on a par with improvements recorded in March and over 70% ahead of April 2020, when activity slowed during the first lockdown.1

"Dealers have worked incredibly hard to prepare their used car forecourts for the safe return of customers in April and were rewarded with high demand and cars selling significantly faster than during the lockdown closures when click and collect was the only permitted sales channel," said Dermot Kelleher, head of marketing and research at eBay Motors Group.

"To put this into perspective, dealers are now selling cars seven days faster than at the beginning of the year, with average days to sell for the month now closely tracking the pre-Covid levels of 2019 when the average for the year was 41 days," he said.

"However, the recovery remains delicate with the shortage of wholesale stock an ongoing concern across the sector, especially with the new car market facing its own supply issues with the semiconductor shortage impacting production for many brands," said Kelleher.

Petrol continues to be the most popular fuel choice for buyers searching online, accounting for 53.2% of all views and 53.8% of dealer stock. However, diesel-engined cars sold faster averaging 41.4 days, compared to 42.6 for petrol derivatives, while hybrids averaged 51 days and electric vehicles 51.5 days.