The used car market showed further signs of stability in February with only marginal fluctuations in pricing and stock levels, while days to sell quickened, according to the latest eBay Motors Group Market View.

With dramatic rises in used car prices dominating headlines in recent months, February saw a slight dip in average advertised prices from £17,924 to £17,876, following a marginal rise of 0.8% in January. 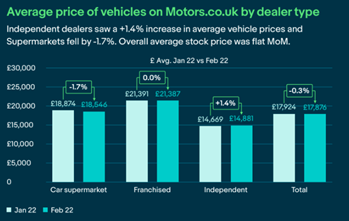 Despite this, some older cars still experienced significant price rises with diesel examples of the Audi A4, aged 14-16 years, seeing year-on-year prices rise by 30.4% to £4,174. 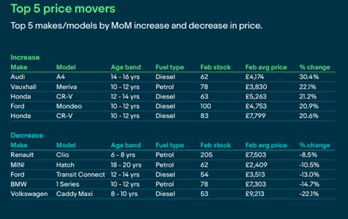 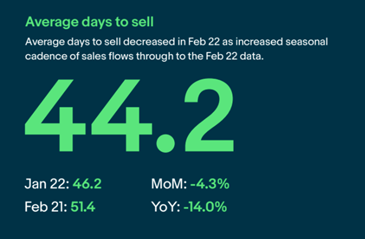 Car supermarkets led the way averaging just 28.4 days to sell, over a week faster than January. Franchised dealers saw days to sell reduce from 45.1 to 42.5 days, while independents were virtually unchanged at 50.6 days.

Stock volumes were only slightly down month-on-month, dipping from 46.2 to 45.6 units.

However, the ongoing industry-wide squeeze on stock was highlighted by the car supermarket sector which saw volumes drop 12.7% to 308 units.

Franchised dealers averaged 58 units, just one unit down month-on-month, while independents increased by one unit to 34. 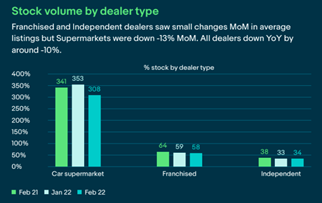 "Sourcing desirable stock continues to be a challenge. However, the coming weeks will see a welcome influx of trade-ins in the franchised sector as a result of the plate-change, while dealers across all sectors will be trading through inventories many built up before Christmas."

There was a tie for the fastest selling car in February, illustrating the growing appeal of older vehicles, regardless of budget, with six to eight year-old Ford Kugas and Range Rover Evoques both averaging only 19.4 days to sell.

Despite the inroads electric cars continue to make in the new sector, they only accounted for 1% of used dealer stock in February, compared to 52.9% for petrol and 43.2% for diesel. Likewise combustion engines continue to dominate online searches: petrol (52.3%), diesel (45%), hybrid (2%) and electric (0.6%).